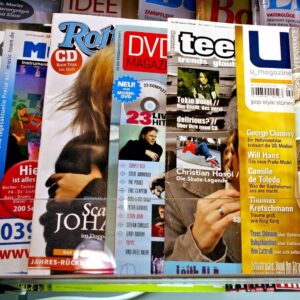 The other day in the mail, I received an official looking notice indicating that one of my magazine subscriptions was due for renewal.  They provided a couple of ways for me to pay (online, by mail with a check or a credit card).  Now, I had cancelled this subscription, so I figured this mailing was probably a third party trying to get me to resubscribe.  But it turns out it was more than that – it was a fake magazine subscription bill.

What does a fake magazine subscription bill look like?

In my case, I received a mailer from a company called Pacific Magazine Billing.  I opened it because I wanted to be sure that it wasn’t a bill that I had neglected to pay.  It certainly looked official.  But it was for a magazine I hadn’t received in a while and that I knew I had cancelled.  In very small print on the mailing, it said “This is an offer from an independent company, not a bill.”

I can see how you could very easily mistake this for an actual bill for a magazine renewal of a subscription you already receive.

What are these bills really?

A quick search for “Pacific Magazine Billing” on the Better Business Bureau shows many duped customers.  There are many accounts of angry customers who thought they were paying the bills for a magazine and then not receiving the magazine.  The company responds that their offers “clearly state” that they are a third party clearinghouse and that the receipt of issues might take up to three months.  Most notably, they frequently resolve the issues by refunding the customers.  The BBB has this to say about Pacific Magazine Billing:

BBB files indicate that this business has a pattern of complaints concerning billing issues. Many consumers are under the impression that they are being billed by the actual magazine. Consumer complaints are alleging receipt of billing invoices for magazine subscriptions that did not originate from a transaction that occurred through this company directly. Consumers allege failure by the business to provide a refund or correct the billing. The BBB attempted to contact the company regarding this pattern however the company did not respond.

If you’re interested in subscribing to a magazine, I always recommend going straight to the magazine’s website.  Often times, that is where you will find the best prices, and you will be able to ensure that you are paying your money straight to the company.  You can also always check the expiration date on your current magazine subscriptions through the magazine’s website or on your mailing label.  You will see either a four digit code (like 0422 for April 2022 or something as obvious as Apr22).

No one likes bills, but no one wants to pay a fake bill.  Be careful and watch out for fake magazine subscription bills.