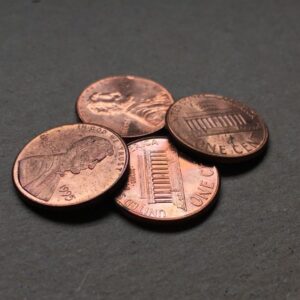 Saving money is a good idea, but can it ever be a bad idea?  There are definitely times when you can slide from frugal into cheap.  Are you worried that you might be getting too frugal?  Read on for five signs you are overly frugal.

For me, one of the biggest signs that someone is overly frugal (or really just cheap) is if they don’t tip at a restaurant or in another service industry where tips are expected.  Now, of course, it’s one thing if the service is terrible, and I wholeheartedly agree that people who work in restaurants should be paid a fair wage, but generally speaking, if you go out to eat, you should factor in a tip as part of the price of the meal.  If you go out and refuse to tip because you want to save that money, that is a sign you are overly frugal.

Do you have trouble getting rid of things?  Do you have a cabinet of old plastic takeout containers, a drawer full of stained or torn t-shirts, a bunch of pens from various businesses that just work “okay?”  Are you keeping these things because you might need them someday?  This is a sign you might be overly frugal.  Often times, people who become extreme hoarders are people who have known poverty and are so worried about falling into those situations again that they refuse to get rid of anything because it might be useful to them later.  While there’s nothing wrong with keeping a few pens or containers, or keeping an old t-shirt or two around for painting or yardwork, it’s time to get rid of those things you don’t need.  You aren’t saving money by keeping them.

Do you find yourself turning down outings with your friends when they involve spending money?  Are you reluctant to go to a movie or a restaurant?  Do you never go to a sporting event with friends, even an inexpensive one?  And if you do go out to eat, are you the person who orders water and an appetizer, never an actual meal?  This is another sign you are overly frugal.  While I’m a firm believer in budgeting, which means that sometimes you can’t afford to go to the baseball game, you should absolutely try to factor in some fun money.  If your friends are going somewhere too expensive, see if they might be willing to go to a less expensive restaurant (of course, if they’re going five star, don’t recommend a fast food joint – that’s going to lead to them thinking you’re cheap too).  If you keep turning down your friends’ invitations, you risk no longer being invited to things, and your extreme frugality shouldn’t destroy your relationships.

Living in an Uncomfortable Home

Do you refuse to turn on your air conditioning even though you’re sweating so much at night that you can’t sleep?  Do you have to wear a puffy coat in the house in the winter because you don’t want to turn up the heat?  This is a sign you are overly frugal.  While there is obviously financial benefit to not over-using your heating and cooling, if you’re completely miserable, are you really benefitting from the financial savings?  Additionally, if you let your house get too cold in the winter, you risk pipes freezing which will cost you much more than you could ever save.

Are you constantly thinking about money, how to save money, and new ways you can pinch pennies?  If your finances and saving money are always on your mind, to the point where you struggle to focus on other things, you are probably overly frugal.  While it’s important to think about your budget and your finances, they shouldn’t be the only thing on your mind.  Being overly frugal can lead to negative mental outlook and can ruin important relationships.  It can lead you to make poor decisions and even risk your job.  Frugality is not bad.  Being overly frugal can be.