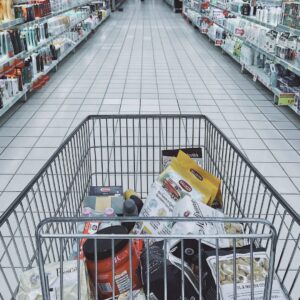 I have to admit, I’ve never given a whole lot of thought to shopping carts.  I go to the store, I use one if I need it, and when I’m done with it, I return it to the cart return.  I’ve seen where people try to incentivize you putting away your own cart (such as when you need to insert a quarter to retrieve a cart and get your quarter back when you’re done) or where the store tries to prevent stealing by having special carts with wheels that lock up once they go past a certain point.  And of course, I’ve seen stolen shopping carts sitting alongside the road.  But I’ve never thought about how much a shopping cart costs or what stores do when they get stolen.  So I started to wonder – how much can you earn by retrieving stolen shopping carts?

Find Out If Your Store Will Pay

First and foremost, before you can earn by retrieving stolen shopping carts, you have to find out if any of your local stores will pay for the service.  After all, they’re probably not going to just outright say “Hey, we’ll pay $20 for every shopping cart you find,” because that’s just going to incentivize stealing carts and then returning them for cash.  And some stores lose $10,000 or more a year in stolen carts (they cost an average of $100).  So the last thing they want to do is get more people to steal them.

Step one is to simply contact your local stores and ask if they have any sort of stolen cart retrieval fee.  Many stores do, but you have to be a part of their program, which often requires you to sign a contract and provide some identification.  (Again, to prevent people from stealing carts in order to return them.)  It’s definitely worth your time to check with multiple stores and sign up for all of their programs.

Once you’re in the program, it’s time to start hunting for shopping carts.  Keep your eyes open as you drive around your town.  You probably see more carts than you realize; your eyes just currently gloss over them.  I definitely seem them regularly at major bus depots, for example, and I can understand why people take the carts that far.  Honestly, they probably don’t even realize they’re stealing the carts.  You’ll start to notice places where carts are often left, and that’s when it’s time to start collecting.  If you have the space (and a big enough vehicle), you can keep those carts in your garage and return a bunch at once, or you can drop them off as you find them.

How Much Can You Earn By Retrieving Stolen Shopping Carts?

Stores differ as to how much they’ll pay for a stolen shopping cart, but often times, the amount ranges from $25 to $50.  Not a bad deal for retrieving something on the side of the road and getting it back to the store.  But given that a new cart can cost a store $100 or more, they’re happy to pay and not have to replace.