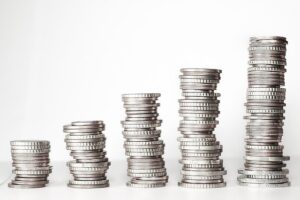 Do you have a jar of coins sitting at home and want to turn those coins into bills, but don’t want to pay a fee for the service?  Here are seven banks that have free coin counting machines.

Most national banks no longer have free coin counting machines.  Many don’t even have coin counting machines for a fee!  The reason was that it cost the banks more to service the machines than it was worth to them, so now, if you want to take your coins to a bank like Bank of America (as an example), they will send out your coins for counting and you will be credited the amount later.  Not an ideal situation for sure.

Other banks do have coin counting machines, but they cost a fee, even if you’re a customer.

Credit unions are more likely to have free coin counting machines, so check into your local credit unions.

Other banks that have free coin counting machines are:

Coinstar charges almost 12% for coin counting if you want cash back, which is not insignificant.  However, if you opt to get a gift card for a store like Amazon or Apple, you don’t pay a fee.  It’s not quite the same as cash, but if you’re already planning a purchase at one of those stores, this can be an easy way to use a free coin counting machine.