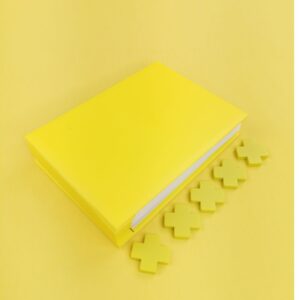 I’ve recently started seeing people who are known to get pulled into MLMs (multi-level marketing schemes) start to post about Elomir and “taking the strip.”  This little yellow strip, which reminds me of a yellow version of those Listerine breath strips you can buy, will supposedly do everything from making you “joyful, calm, and peaceful,” to working better than ADD medications to helping you “feel negative energy from others so you know to avoid them.”  People, mostly women, have been posting pictures of themselves holding these little strips, placing them on their tongues, and trying to convince others to sign up under them without even trying the strips.  So is Elomir an MLM?

Well, if I’m writing about it here, you know the answer.  Yes, Elomir is absolutely an MLM.

Elomir sells its strip, called Axis Klärity through brand partners only, a very clear sign of an MLM.  This is a relatively new MLM, however, founded only a year ago, and so they’re working to sign up reps quickly.  If you’re familiar with MLMs, the only people who ever make money are those who are at the top of the pyramid – meaning those who get in early.  This means that people want to get in on a new MLM, and Elomir has been no different.

In fact, Elomir became so popular so quickly that people were signing up recruits under them without any of them ever even trying the product!  And people were getting checks from Elomir for doing this.  If you were wondering is Elomir an MLM, this is absolutely the clearest sign.  People are making money not buy selling anything but by recruiting others into the fold.

Amusingly, many of these people tried to claim that they had tried “the strip,” so they were taking pictures with anything that looked remotely similar.  People were using squares of yellow Post-its, paper covered in highlighter, and even pieces of cheese, claiming this was Axis Klärity.  Many of them even admitted this to the others they were signing up and encouraged them to do the same.

What is in Axis Klärity?

A one month supply of strips will run you a whopping $89.  And you take it once a day.  That’s $89 for 30 strips.  That’s almost $3 per strip, and of course, you’re encouraged to have your whole family (including your kids) take it.

Sadly, Axis Klärity isn’t just fancy cheese.  It’s made of curcumin (found in turmeric), vitamin B1, and N-acetyl cysteine.  You can get curcumin and B1 in your diet, and if you really want to use a supplement, you can buy it cheaply.  N-acetyl cysteine (known as NAC) is a little different, and certainly controversial.  It can be found in some foods, but more importantly, NAC is currently used in some medical situations and is under FDA review, but there really isn’t enough research on it as to whether or not it’s safe to use as a supplement.  There’s no real evidence that it does anything and it could potentially be harmful.

And people are giving it to their children.

Why are MLMs Dangerous?

Elomir is the type of MLM I absolutely hate.  MLMs that sell things like purses or clothing might be scamming people out of their money, but they’re probably not physically harmful.  No one is telling me that buying this particular purse is going to cure my cancer.

But MLMs like Elomir are peddling miracle cures.  People spend money they may not be able to afford to spend, desperately trying to treat a medical issue.  Not only is there no evidence that products like those sold by Elomir are at all beneficial, they could cause additional harm.  And even if they don’t, they’re causing people to spend money and time that could be better used seeking actual treatment for their medical issues.

We would all love a miracle cure for what ails us.  And unfortunately, given the state of medical care in the United States, spending $89 a month might still be cheaper than getting actual medical care, so it makes sense why people cling desperately to these promises.  But companies like Elomir are scamming people out of their money and they’re potentially causing real physical harm.  Elomir is an MLM you should absolutely avoid.