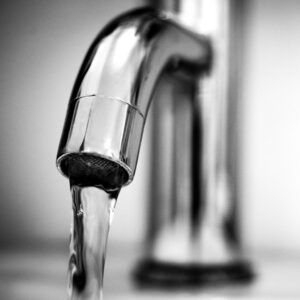 This week, I got to make a home insurance claim.  We discovered water coming from behind our wall, which is never a good sign.  After getting a plumbing company in to take a look, it turned out we had a cracked pipe (something that can happen in older homes) that was leaking and needed to be replaced.  Of course, this was something we needed to get fixed immediately, and I wasn’t sure if insurance would cover it, but I decided to try anyway.  So here’s how to make a home insurance claim.

My insurance won’t cover any mold abatement or the replacement of the pipe (as the pipe is just a result of normal aging) but they will cover anything that was damaged by the water and the repair of the walls that had to be opened.  So I’ve had to make sure that those repairs are placed on separate invoices.

File even if you think your repairs won’t be covered

I knew that a long slow leak was not covered by insurance because it’s something that I should have monitored and noticed, and I figured that this damage was the same.  This was normal wear and tear, and insurance doesn’t cover that.  But someone mentioned that I should put in a claim, and I figured there was no harm in making a home insurance claim.  So I gave it a shot, and I was wrong.  Some of the repairs and damages will be covered.  I’m not sure how much we’ll get back after our deductible, but even if it’s only a few hundred dollars, it makes a dent in the bills we have to pay.

Is there an app?

My insurance company makes filing a claim incredibly easy.  They have an app and I was able to do all of the uploads and communication via the app.  They carefully walk you through each step and make it easy to upload documentation and photos.  It’s a much more simple process as compared to the days when you had to physically bring all your documentation to an insurance office.