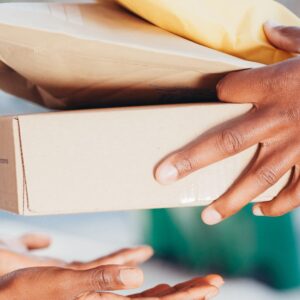 If you spend any time at all on TikTok, you’ve probably come across this weird trend where people buy unclaimed packages (usually Amazon orders) and open them on video.  It’s a complete mystery what they might get.  Some people have gotten very expensive items, like purses and electronics, other times people get weird vitamins and cheap phone cases.

How does this work and is it worth buying unclaimed packages

What is an unclaimed package?

Officially, unclaimed packages are items that people just never picked up from the post office.  Sometimes, packages don’t get delivered to your door, but rather you are left a note that you need to come pick up a package.  The post office only has to hold that package for 90 days before it’s no longer yours and they can do whatever they want with it.

But when you’re looking at buying unclaimed packages, you’re also often looking at packages that were ultimately undeliverable (or just not delivered) for some reason.  Sometimes addresses are wrong, more often than not, mailing labels get damaged and the package just doesn’t make it to its destination.  Have you ever had a package go missing?  It may have ended up in an unclaimed package bin.

The great thing about these resale sites is that the items don’t just get thrown in the garbage.  (At least not right away – who knows what the person who buys them might do with them.)  And I’m all about reducing waste.

Where do you buy unclaimed packages?

Is it worth buying unclaimed packages?

The big risk to buying unclaimed packages is that you don’t know what you’re getting.  You could be getting something really cool or you could be getting something that isn’t worth what you spent on it.  It’s definitely a gamble.  That said, it’s a gamble that some people really enjoy.  They enjoy the adventure of the mystery package.  To them, it feels like treasure hunting.

Personally, if I were going to buy, I think I’d rather go in and check out the packages in person and make my choices there.  It’s fun to pick up a package and try to guess what’s inside.

But overall, in my opinion, no, it’s not worth buying unclaimed packages if you’re looking to make money.  But if you’ve just got some fun money burning a hole in your pocket and are okay if you don’t come out ahead, by all means, take up the adventure and see what you can find.