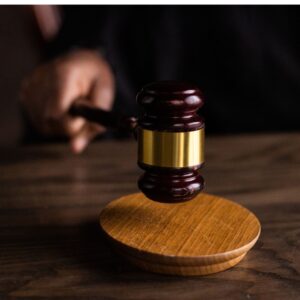 An Oregon man was so tired of being mistaken for Michael Jordan that he sued Jordan for defamation, permanent injury, and emotional distress.  He also sued Phil Knight for promoting Jordan.  He argued that he should not have to live his life being mistaken for someone else.  What remedy did he want?  Money, of course.

While some people like having celebrity dopplegangers and even make a living impersonating them, this man decided to try to make some money through a lawsuit.

He did not win.

In 1991, a man sued Anheuser-Busch because drinking their beer did not help him attract beautiful women, as implied in their ads.  You know, the ads for alcohol or hundreds of other products that show beautiful people using the product?  His argument was that this was false advertising.  He sued for emotional distress and personal injury and wanted $10,000.

Clearly he also lost this lawsuit.

One of the funniest lawsuits ever filed in court was in 2017 when a woman sued because Jelly Belly jelly beans have sugar in them.  Her argument was that the ingredients used the description “evaporated cane juice” instead of sugar to make them seem more healthy.  Now, she was eating their “Sport Beans” line, which is marketed to athletes as a good way to take in electrolytes and nutrition while doing endurance sports.  But one of the things that people need for endurance sports (like a marathon or a long bike ride) is sugar – so this is an absolutely appropriate ingredient in these products.

In 2009, a man broke into a home and held the homeowners hostage.  He fell asleep and the hostages escaped, safe and sound.  He was convicted of his crimes, and the hostages also sued him in civil court for damages.  He countersued because they escaped, claiming that there was a binding oral contract that they would help him hide from police and instead they turned him in.

He did not win this lawsuit.

My Date Texted During a Movie

This one always makes me laugh. One of the funniest lawsuits ever filed in court was in 2017 when a man went on a first date to see Guardians of the Galaxy, Vol. 2 and his date spent time texting during the movie.  While I agree that it’s annoying when someone is on a bright phone screen during a movie, I can’t imagine suing over it!  He filed a lawsuit for a whopping $17.31, the cost of her ticket.

He did not win this case, and his date filed for a protective order because he kept harassing her for the money.