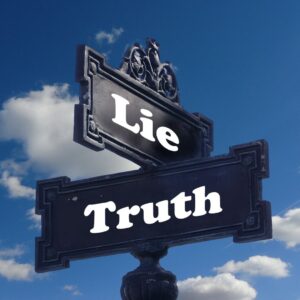 Scammers are getting incredibly sophisticated.  Currently, one big way that people are trying to scam victims out of their money is by impersonation scams – pretending to be someone else in order to gain your trust and get you to share sensitive information or send money.  Here are four ways to spot an impersonator scammer.

Are they threatening immediate action?

One way to spot an impersonator scammer is to look at whether or not they’re requiring you to act immediately.  Did you get an unsolicited call from someone claiming to be from your electric company saying that your account is overdue and you need to pay while on the phone with them or you will have your power shut off?

That isn’t how companies work.  Yes, if your account is overdue, you may get a phone call from them, but they won’t demand you pay right away on the phone.  A safer way to handle this would be to hang up and call the company back, not at the number from which they called you, but going online or to a recent bill and looking up their phone number.  You can also check your online account to see if you actually owe money.

Are you being asked to send a gift card?

One of the ways to spot an impersonator scammer is when they’re trying to get you to send them gift card codes.  No bill needs to be paid using a gift card code.  Your grandchild isn’t calling you telling you they need you to give them money via gift card (more on that later).  Gift cards are easy for scammers to accept because they’re untraceable.  Once they have that code information, they’ve got your money and you aren’t going to get it back.

Are they claiming to be someone you know?

Did you get a call from someone who claims to be your friend or child or grandchild but they just don’t sound right?  And their excuse is that they’re overseas or they have a bad connection, but the important thing is that they’re in a bad place and need you to send money immediately?  Definitely be suspicious.  When you think a loved one is in trouble, it’s easy to immediately worry and think you should give the money.  Try to figure out if the person is who they say they are (they probably aren’t).  Ask them questions that they should know the answer to, but that the general person wouldn’t know.  Silly things, like what color is their bedroom carpet, or what was their favorite toy as a kid, or what was the name of the neighbor’s dog?

Watch out for romance scams

Don’t forget the impersonator scammers that do romance scams – pretending to be romantically interested in you, but completely unable to video chat and sometimes not even able to talk on the phone.  Don’t send money to these people.  Just don’t.  Some of these scams can get incredibly detailed and it is understandable how people get sucked in, especially during the pandemic when so many people were stuck at home and missing human connection.  If someone can never video chat with you, absolutely be suspicious.