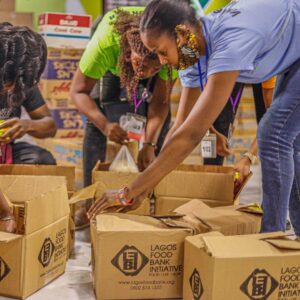 As we’re coming up on the end of the year, a lot of charities are reaching out to try to get your donations.  Why the sudden uptick in charitable requests and how should you decide where to donate?

Why are charities ramping up their request for charitable donations at the end of the year?  A lot of people think that it’s because it’s the holiday season and people are feeling more generous.  And while that may be true, the other reason that charities are reaching out is because people who think about their taxes are starting to think about potential tax breaks.  And donations to charity are tax deductible, meaning that you can reduce the amount you owe to the IRS (or potentially increase your income).  The charities know this, so they’re reminding you that it can be a good time to donate.

How to research a charity?

How do you know what charities are good to donate to and will be using your donation for the right purposes?  I really like using Charity Navigator.  They review and rate charities based on best practices.  A three or four star charity is doing a good job, a one or two star charity might not be the best place to put your money.  (They also have a great page on avoiding charity scams.)  If they aren’t rated on Charity Navigator, you can also try to look into them in more detail online.  Do some quick web searches and see what other people are saying.  You can even dive into their financials if you want, though don’t let yourself be swayed by salary amounts – directors of charities certainly deserved to be paid for their work.

What charity should you choose?

Deciding where to put your charitable donations can be tough.  There are so many great causes out there.  I’m personally a fan of looking for great local charities, where I feel like my small donation can have a bigger impact.  Of course, with a great charity, every single dollar helps, no matter how big or small the charity might be.  But I like to try to find local charities doing great work in my area because that’s important to me.  Maybe you prefer to give to a bigger name charity.

Charitable donations can make great gifts for people who don’t want or need any “things” in their lives.  I’ve had friends ask for charitable donations for weddings and holiday gifts, because they just don’t want items.  Of course, there’s nothing wrong with gifting, but it can be awesome to know that a friend made a donation in your name.

Don’t forget, charities can use your money at all times of year, not just at the end of the year (when your budgets might be tighter due to holiday gifts and travel).  And of course, it all counts towards your taxes too.  So if you’d like to be more charitable in the new year, consider budgeting for charitable donations!