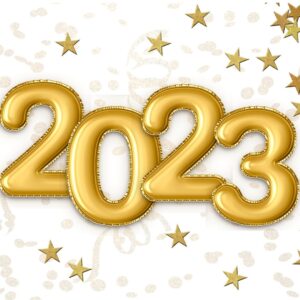 Be a better budgeter

Our budget really changed this year when our son switched daycares.  I have no regrets about the change – he is in an absolutely phenomenal school right now – but the monthly cost more than doubled.  We’re making it work, but we’re certainly not saving like we were previously able to and I think we need to be having more frequent discussions about where our money is going.

Increase savings for our child

When we had our baby, we immediately said that we should start setting aside money for his college education.  And we have absolutely not been doing that.  We set aside all of his gift money for him, but we’ve not been doing any sort of contributions, nor have we opened any sort of a savings plan for him.  He’s only a year and a half old, but college (or whatever his future holds) could be very expensive, so we want to be prepared.  Obviously, it will be significantly easier to save once we’re not paying so much for daycare, but we can’t just wait until kindergarten to start saving

I recently found a great 365 day decluttering challenge.  Do I think I will declutter daily?  Absolutely not.  But it’s certainly a great place to start, and even if I do a quarter of the assignments, I’ll have made a huge impact on our house.

We’re having some work done on our house later this year, so I also need to go through our storage spaces and clear out the things we absolutely do not need.  There are plenty of things that we have just squirreled away and it makes no sense to keep all of these things.  We can very easily get rid of a lot of the stuff we have and never use, and again, that will prevent us from buying things we truly don’t need.

My charitable giving is haphazard at best, and I want to be more intentional about it and make it a monthly thing, at least to set aside money to donate to organizations that are important to me.  This does somewhat fall into budgeting, but I think it’s bigger than that.