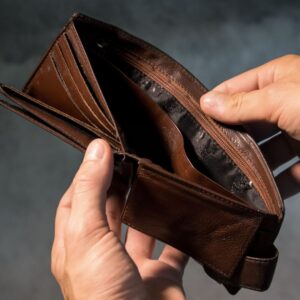 One of the things I like to do in January is try to do a low or no spend month challenge.  Obviously, it’s not a true no-spend month, as I am still buying things like electricity and gas for my car, and we’re still buying groceries (my toddler would not appreciate not having food, after all).  But it’s certainly a good challenge.

What does “No Spend Month” mean?

It can mean whatever you want it to mean.  It can truly be a no-spend month, where you only pay your bills and try to not spend any other money, not on groceries, not on transit or fuel, nothing.  That’s pretty hard to do though.

For me, a no spend month is no spending on non-necessities.  No fun purchases, no sale shopping, not even picking up some new face wash to try (assuming I have some at home).  It’s also always a goal and I never fully succeed, but even the attempt helps me save money and make smart choices.  For example, I needed to go to the drugstore last week to pick up a prescription (necessity – doesn’t count).  I was also running low on face wash so I decided to pick some up, as I didn’t have more at home.  I saw they were running a “buy one, get one half off” promotion.  So I picked up two bottles.  Did I need both?  No, I only needed one.  But I know how fast I use the bottles and the other bottle will be used in a few months.

Now, if I didn’t need face wash at all and saw that promo?  Probably not worth it in a no-spend month.  Why?  Let’s do some pretend math and say that my face wash costs $10.  I was already going into the store and planning to spend $10.  I could spend an extra $5 more and get twice as much.  But if I wasn’t planning to spend anything and went in and saw the deal, I would then be spending an unplanned $15.  The goal in a no-spend month is to keep those expenses as low as possible.

The bigger point is that I didn’t pick anything else up from the drugstore.  They had a bunch of bargain Christmas stuff and the Valentine’s Day stuff was also coming out – but it is a no spend month, so that’s not something I need.

How to Handle “Wants”

In a no spend month, if I see something that I want and would otherwise have spent my fun money budget on, I put it on a “wishlist.”  No that doesn’t mean in February that I’m going to just buy everything on my wishlist, but when I decide I have some fun money available to spend and want to treat myself, I can go back to that list.  It’s something I’d like to try doing more often – because many times, things that I wanted ended up being things I didn’t want just a few weeks later.  Delay that instant gratification.

Other Ways to Challenge Yourself

Maybe you want to reduce your spending on eating out, but don’t want to ditch it completely.  Maybe you can challenge yourself by saying you’ll cook dinner a certain number of times each week.  Maybe you want to reduce your entertainment spending by 75%.  Create any sort of challenge and see what you can save.  You don’t have to keep it up, you don’t have to even be perfect.  It’s just a fun way to try to clean up your finances after the excesses of the holidays.