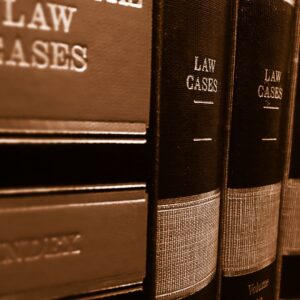 In 2012, Gawker media published a clip from a video of Hulk Hogan having sex with a woman who wasn’t his wife.  He filed a lawsuit and was ultimately awarded him a total of $140 million in damages.  Of course, Gawker couldn’t pay the money and filed for bankruptcy.  This ultimately led to the shutdown of Gawker and the sale of many of their affiliated sites.  Gawker ultimately settled with Hogan for $31 million.

Scarlett Johannson sued Disney after the movie Black Widow was released for streaming on Disney+ while it was still in theaters.  Because Johannson’s salary depended in part on how much the film made in theaters, this obviously meant a cut in her final payday, so she filed a lawsuit.  They ultimately settled out of court, but it’s estimated that Disney paid her $40 million.

Following the death of her husband, Kobe Bryant, and their daughter, Gianna, LA County firefighters and deputies took pictures of the tragic crash that were ultimately released to the public.  Bryant sued the county and was ultimately awarded $16 million dollars.

In 2008, Erin Andrews was being pursued by a stalker who filmed her while nude through a peephole in the door of her hotel room.  The video was posted online and quickly went viral.  Andrews sued both the hotel (for not properly protecting her and revealing which room she was in) and the stalker himself.  She was awarded $55 million in damages and also worked to enact a new federal anti-stalking law.

Way back in 1991, Coppola made a deal with Warner to make a new version of Pinocchio as part of a three picture deal.  They couldn’t agree on a directing fee, so Coppola tried to take the picture to a different studio.  His vision was to base the movie on the life and death of his son, so it was a very personal project.  Warner refused to and blocked the movie, so the film was never made.  Coppola sued, arguing that they didn’t have a formal contract, just a handshake deal, so they had no right to block the movie.  And he was right – he won $80 million and now handshake deals are a thing of the past.