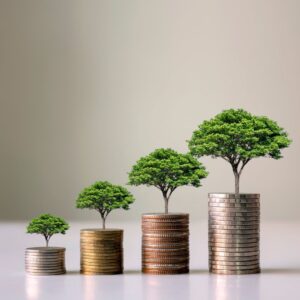 If you ever check out your bank’s offerings, you have probably seen that your bank offers CDs or Certificates of Deposit.  I used to be really big into using CDs as part of my savings plan, but that has changed over the years.  That said, with current interest rates as they are, it’s time to take another look into saving with CDs.

So I’m locking away my money?

Yes and no.  If you put your money into a CD, to receive the interest, you need to keep the money in the CD for the set amount of time (often anywhere from 3 months to 60 months).  But if you find you need the money sooner, you can retrieve it, but you will pay a penalty, usually a set number of months of interest.  So should an emergency arise, you can always get to your money, you just might pay a slight penalty.

What about CD Ladders?

I used to regularly use CD ladders for my savings.  Essentially, every three months, I would put one quarter of my savings into a 12 month CD.  Once I bought the fourth CD, I would have one quarter of my money coming up available every three months, or I could roll it (plus the interest) into a new 12 month CD.  You can also do this at one time by buying a set of CDs – 3 month/6 month/9 month/12 month.  This is a great way to always have money coming up available.  I preferred the 3 month plan, but some people will actually setup 12 different CDs with their savings, so every month, they have money available if needed.

Why are CDs good again?

For example, right now, if I take $5000 and put it into a 12 month CD at Capital One, which is offering 4.15% right now, at the end of those 12 months, I’ll have earned $208 on that $5000, much more than I would earn if it continues to sit in a savings account at 0.3%.  Yes, I’ll have to lock away my money for 12 months, but that is money that is in savings and that I don’t plan to spend.  Should a complete emergency arise and I need it, well, my situation is bad enough that losing the small amount of interest is a small hardship compared to what I happen to be going through.

So I’m going to take a look at saving with CDs and setup some CD ladders and try to build the strength of my savings once again.