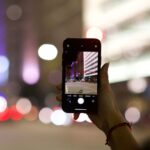 If you spend any time on TikTok, you've probably seen people talking about side hustles - ways to make more money without a lot of work.  And let's be honest, who isn't looking for a side hustle.  But let's talk about TikTok side hustles - are they real, or are they just a waste of time? Selling Digital Items One of the most common things that comes across my feed is making cool digital items and then listing them as digital downloads on Etsy.  … END_OF_DOCUMENT_TOKEN_TO_BE_REPLACED 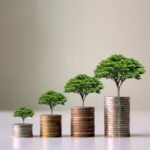 If you ever check out your bank's offerings, you have probably seen that your bank offers CDs or Certificates of Deposit.  I used to be really big into using CDs as part of my savings plan, but that has changed over the years.  That said, with current interest rates as they are, it's time to take another look into saving with CDs. What is a CD? Now obviously, we're not talking about music CDs.  CDs are Certificates of Deposit.  Essentially, you … END_OF_DOCUMENT_TOKEN_TO_BE_REPLACED 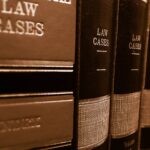 We hear a lot about celebrity lawsuits, but often times, we don't hear about the settlements reached, because there are frequently non-disclosure agreements included.  But as is often the case, information, or at least estimated information, often gets out.  Here are five of the highest celebrity lawsuit settlements. Hulk Hogan - $31 million In 2012, Gawker media published a clip from a video of Hulk Hogan having sex with a woman who wasn't his … END_OF_DOCUMENT_TOKEN_TO_BE_REPLACED 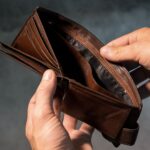 One of the things I like to do in January is try to do a low or no spend month challenge.  Obviously, it's not a true no-spend month, as I am still buying things like electricity and gas for my car, and we're still buying groceries (my toddler would not appreciate not having food, after all).  But it's certainly a good challenge. What does "No Spend Month" mean? It can mean whatever you want it to mean.  It can truly be a no-spend month, where … END_OF_DOCUMENT_TOKEN_TO_BE_REPLACED 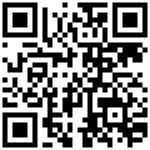 We talk a lot about various internet scams, and I think we're all familiar with the big ones.  But did you know that you're also at risk with QR codes?  This is how QR codes are being used to scam people. What is a QR Code? A QR (or Quick Response) code is basically a fancy barcode that stores a lot more information than your traditional barcodes that you see on products, and they're usually used with smartphones or other scanners.  They've … END_OF_DOCUMENT_TOKEN_TO_BE_REPLACED