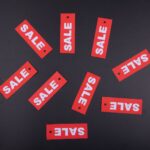 Are you planning on doing any Black Friday shopping?  It’s definitely hard to avoid all the advertising coming at you from every direction.  The pandemic has definitely driven a lot of the sales back online.  But what are the best Black Friday deals? Check Prices Now A lot of stores are starting their Black Friday deals the Monday before Thanksgiving.  So check out prices now to make sure that you’re actually getting a deal when the new prices … END_OF_DOCUMENT_TOKEN_TO_BE_REPLACED

If you're like me, you've been seeing ads for a site called Rakuten, which bills itself as a site where you can shop your favorite online stores and get cash back.  They even sponsor the Golden State Warriors, and if you're an NBA fan, you've probably seen the name on the jerseys.  They must be a hugely profitable company to be able to sponsor an NBA team, and yet they can still give you cash back? Sounds too good to be true, doesn't it?  Is … END_OF_DOCUMENT_TOKEN_TO_BE_REPLACED 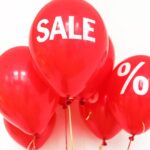 A lot of stores have already begun their Black Friday deals, especially if they are mail order, as shipping has slowed this year.  But you may have noticed that the deals just don't seem as great this year.  What's going on?  Are there fewer Black Friday deals this year? Supply Chain Issues Means Fewer Products We've heard a lot about all of the supply chain issues over the past month or so.  To put it simply, because of the pandemic, the … END_OF_DOCUMENT_TOKEN_TO_BE_REPLACED 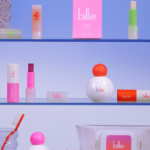 I'm still a happy user of Billie razor after subscribing a few years ago.  Billie Razor is a subscription service where you get great five blade razor cartridges sent to you in the mail on a regular schedule.  The cartridges have a shave gel built in, and they recommend you change your blade every seven shaves.  Though I admit, I may have shaved a bit less during the pandemic, I still like being able to pull out a fresh new razor without having … END_OF_DOCUMENT_TOKEN_TO_BE_REPLACED 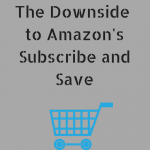 It’s no secret that I love shopping at Amazon.com.  I’m a busy woman, and I love that I can get just about everything delivered right to my door.  I even have an Amazon Visa card, which essentially gives me cash back that I can use at Amazon.  I also like a bargain and I do my best to balance convenience with getting the best deal I can.  One service that Amazon.com offers is Subscribe and Save.  If there are items you find yourself regularly … END_OF_DOCUMENT_TOKEN_TO_BE_REPLACED